We need God for emotional and psychological support 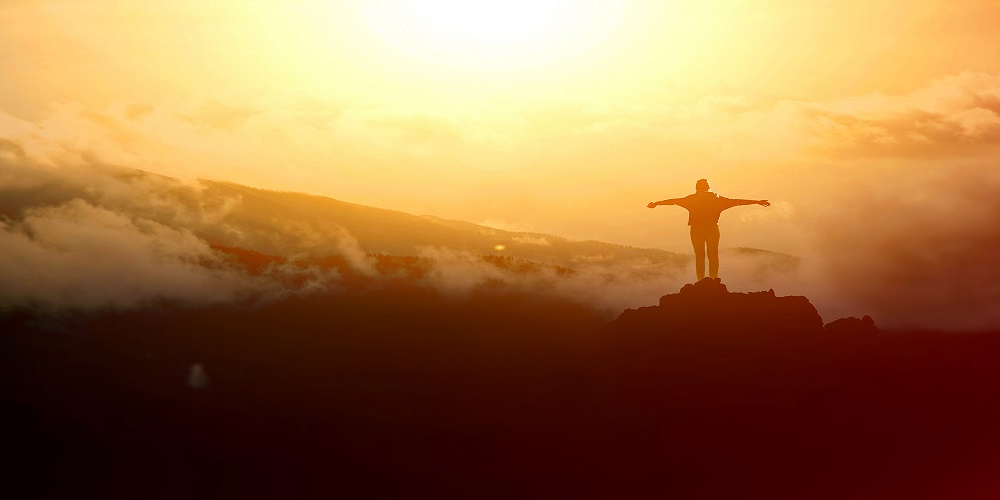 Religion is still widely and deeply embedded in our collective psyche

We need God for emotional and psychological support

As long as humans are insecure, vulnerable, and living without some kind of faith, they will continue to need God. Not only are we hardwired for God, but He is very much there in our collective psyche. Ideas about God have successfully survived for hundreds of thousands of years as man evolved from hunter-gatherers to the complex being that he is today. Even scientists who seek and find answers to many questions such as — What was there before the Big Bang? What is the nature of dark energy and dark matter? What exactly is consciousness, and how did we become conscious? What is beyond the horizon of this universe? — Often evoke some sort of mysterious entity or pervading consciousness that constitutes and governs all.

Numerous concepts and hypotheses have been postulated by philosophers, religious scholars, and other thought leaders which reinforce our faith in the existence of God.

From St. Thomas Aquinas’s Five Proofs to ontological arguments, to the anthropic principle and the theory of intelligent design, we have much to ponder. However, this question will remain unsolved in the absence of any conclusive or empirical proof. In any case, each one of us has our own ideas about God which are unique and personal.

In any case, the primary advantage of believing in the existence of God is consolation and the reassurance we continue to derive from the faith. I believe that is why most of us do need God. For many, there is a personal God, who very minutely oversees their lives. He makes elaborate plans for each life. He writes our destiny before we come into this world. We will get punished or rewarded according to our deeds in this generation or perhaps in our next incarnation.

There is a famous and relevant quote by George Carlin, an American author that goes like this:

“Religion has actually convinced people that there’s an invisible man – living in the sky – who watches everything you do, every minute of every day. And the invisible man has a special list of ten things he does not want you to do. And if you do any of these ten things, he has a special place, full of fire and smoke and burning and torture and anguish, where he will send you to live and suffer and burn and choke and scream and cry forever and ever till the end of time… But he loves you!“

For some, there is a God who doesn’t interfere in the lives of each and every individual. He has broader plans for humanity. Why do we need God in this modern age of science, reason, and rationality?  For one thing, just about everyone needs psychological and emotional support. Life is not without experiencing uncertainties, sorrows, and tragedies. No one can escape such eventualities. At the most trying times, support from God is sought. We can justify deaths and other losses by believing that this is God’s Will, or part of His greater plan, or maybe for a greater good. We get solace from such beliefs, attributing ultimate love and wisdom to God.

Experiencing a Heavenly Father helps millions of people to bear and sometimes overcome tragic or simply difficult experiences.  Without such support, misfortunes and any personal challenge can be far more painful. Therefore, the eternal being and presence of God are required for humanity to fill the gaps when no other comfort or explanation is available.

During our life’s journey, when we are faced with situations that make us feel uncertain, insecure, fearful, and vulnerable, we need God. He is believed to be all-powerful, all-loving, and sensitive to our needs. Many find that God also responds to their prayers and the rituals they perform to seek His blessings.

Occasionally, God also bypasses the laws of nature by showing us miracles or supernatural events, some of which become the fodder for myth and folklore. This is what we call a religious or personal God.  A very large segment of religious individuals believes in a personal God. However, there is also widespread belief in the God of Science. Here God is seen as the cosmic intelligence behind order, harmony, and complexity, which is beyond the human’s capacity to comprehend. God has created an intelligent, conscious, and self-organizing universe. Modern science has, in large part, embraced the God of Science.

Despite (and sometimes because of) scientific and technological advances in almost all areas of life, it appears that even the most literate populations have a belief in God. Many of us simply feel safer and more secure believing in God’s presence rather than denying and rejecting that which might be the Ultimate Reality.

There is a popular philosophical argument called Pascal’s wager that asserts that it is wise to believe in God, even if God’s existence cannot be proved or disproved through reason, and even if it turns out to be false.

This argument was presented by seventeenth-century French philosopher, mathematician, and physicist, Blaise Pascal (1623–1662). According to his thinking, if we wager that God does not exist, and there is indeed no God, then it doesn’t matter. There’s no point in even making a wager. If, however, there is a God and we deny His existence, then we risk God’s wrath and may be sent to hell after death. The most felicitous outcome, of course, would be that God does exist and we believed it right along, in which case our reward would be eternal unlimited happiness.

There is another very relevant question that usually arises when we talk about God. It’s that if God is so powerful, benevolent, and all-loving, then why does He permit people to commit cruelty and crimes against their fellow beings?

Sometimes the intensity of the cruelly is beyond our imagining, and on those occasions, this question invariably comes to the mind of theists. This problem is also called “theodicy.” Theodicy is a theological construct that attempts to vindicate God in response to the fundamental problem of evil in all its expressions. There have been diverse arguments, with different philosophical approaches to this problem.

First, God allows evil in order to create a greater good. If there were no cruelty and evil, people would not have the necessary contrast against which to appreciate goodness, compassion, and love of others. Second, since God allows us to exercise free will, evil is its natural consequence. As an inevitable result of human freedom, evil motivates humans to grow and evolve; God, therefore, allows evil as the price of freedom/free will.

However, many don’t accept this argument because there are occasions when human atrocities and even devastating acts of nature seemingly cannot be justified as a cost of freedom.

At the same time, many feel that this world of good and evil is a perfectly conducive and enabling environment for growth and development. Amidst infinite possibilities for good and evil, humans may evolve toward that for which they were “created” by God.

In any case, people feel safe and secure in believing in God, irrespective of whether God exists or not.

It’s better not to reject or deny God, especially when people are subject to uncertainties and the inherent vulnerability of life.

Any situation can be explained by the existence of God. For emotional and psychological support when in trouble, God helps. There are studies that support the relationship between belief in God or Higher Power and mental health treatment.

People who believe in God respond better to treatment for depression than those who do not. Even in loneliness, God can be of great psychological support. Some studies have also established the tonic link between faith or belief in Higher Power and psychological wellbeing. Many of us would do well to turn to God for support and guidance.